4501 arrived on location just before 06:00hrs. with smoke and fire showing from from the Bravo side of a 2 1/2 story twin, and struck the All Hands. Engine 451 secured a water supply and lead off with a 1 3/4" for an interior attack. At the the 20 minute mark, 450 struck the 2nd Alarm which added Squad 16, Engine 15-1, and Gloucester County Ladder 736. Shortly after, the conditions on the interior became untenable, when one firefighter partially fell through the first floor. He was able to self extricate and was evaluated at the scene by EMS. This prompted 450 to sound the evacuation and to go defensive. As units continued to arrive, a second water supply was established for Engine 451 by Squrt 2-1, with Engine 452 taking a third hydrant to supply Quint 75. The fire was placed under control after about 45 minutes, however fire personnel were on scene for the rest of the morning performing overhaul and assisting investigators. In all, two firefighters were injured, with one being transported with a shoulder injury. There were no civilian injuries as the house was unoccupied at the time. The cause is under investigation by local, county, and state authorities.
NJFG Joe Pipeszowski
Read More 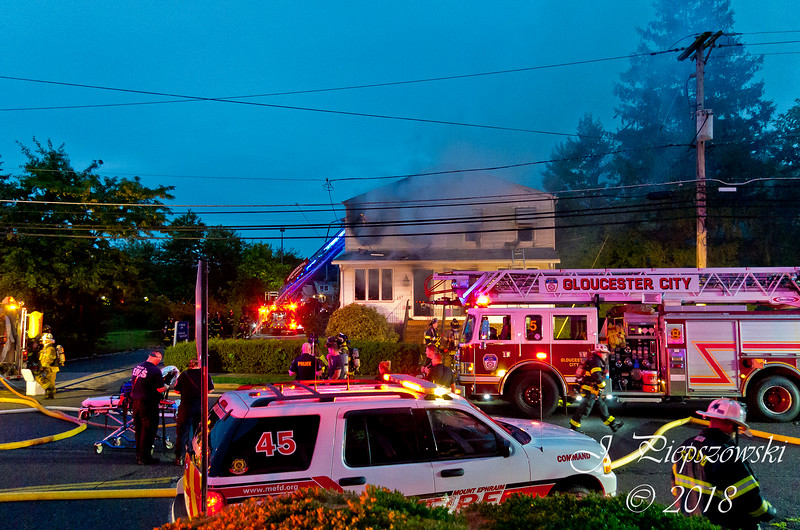