On June 25, 2010, at 2:20 p.m., Camden City units were dispatched to 17th and Federal St. for a reported building fire. While crews were responding Police reported the 1st floor of the building to be well involved. Battalion 2 arrived and reported a 2 story vacant building with heavy fire showing on the 1st floor with heavy smoke throughout. The All Hands were sounded. Companies secured water supplies and went in to operation with multiple hand lines. The Truck companies opened up as the Rescue performed a search. The fire was contained to the 1st floor. The building was a vacant school. No injuries were reported on the fire ground. The Camden City Fire Marshals have the fire under investigation. 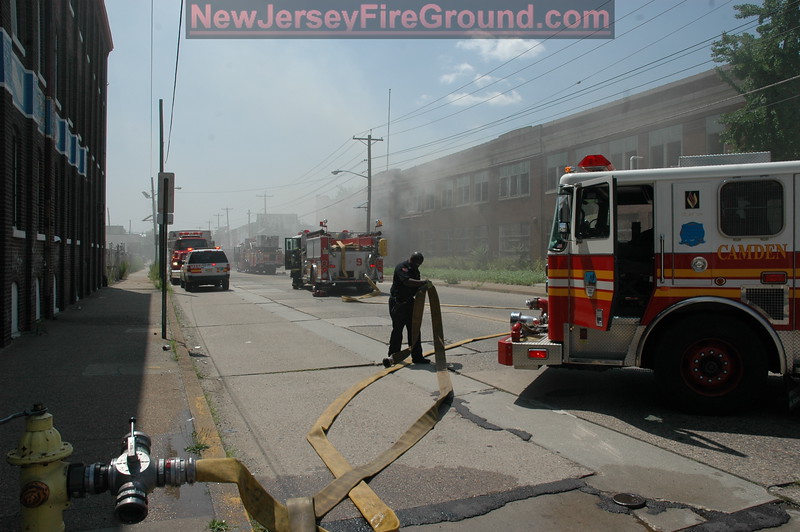