On Wednesday June 23, 2010 a dwelling fire was displaced in Woodbury at 129 Crescent Ave at 9:15 A.M. Command arrived and reported a 2 ½ story wood frame dwelling with heavy smoke showing from the 2nd floor. The All Hands box was stuck for a working fire. Crews led off with a 1 3/4" hand line as a water supply was established. Two hand lines were placed in operation as crews battled heavy fire on the 2nd floor. Searches were negative. The fire was placed under control with no reported injuries. The Gloucester County fire Marshals has the fire under investigation. 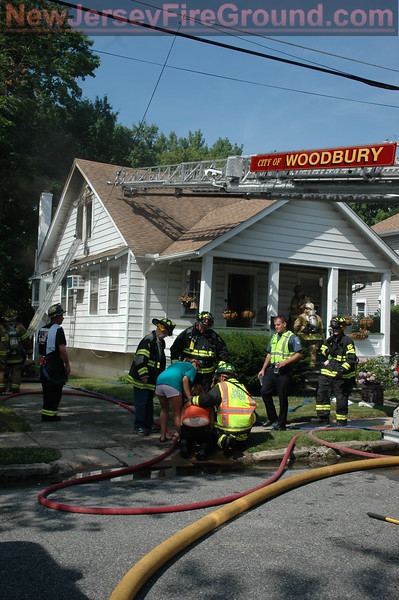