At 10:20 on April 1, 2010 the Camden City Fire Department was dispatched for a reported building fire on the 1200 block of Atlantic Ave. EMS which was 2 blocks away arrived and confirmed a working fire. Battalion 1 arrived and reported a 1 story building with heavy fire. The all hands was sounded. Squad 7 secured its own water supply and went into operation with a 1 ¾” hand line. Battalion 1 ordered all companies out of the building after a partial roof collapse. 2 lines were stretched and placed in operation. Searches were negative. The fire was placed under control with no reported injuries. The Camden City Fire Marshals office has the fire under investigation. 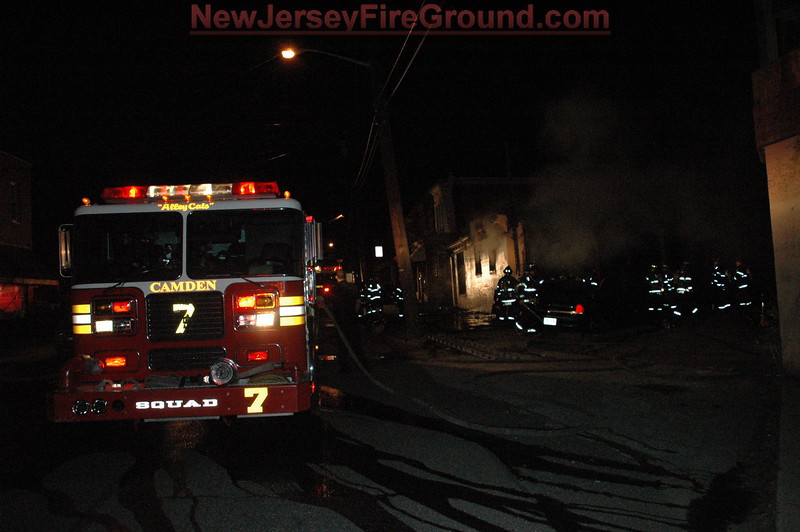