A dwelling fire was reported at 11 A.M. Life Support was added to the box as the caller reported the occupant would not leave the dwelling. Command arrived to find a 2 ½ story, twin wood frame dwelling with fire showing from the 2nd floor. The All Hands Box was sounded. The 1st arriving Engine Company went in to operation with a 1 ¾” hand line. All occupants were out of the dwelling and accounted for. The fire was knocked down and placed under control with no injuries to firefighters. The occupant was treated by EMS. Mutual Aid Companies from Harrison, Logan and Salem County were called to assist. The Gloucester County Fire Marshal has the fire under investigation. 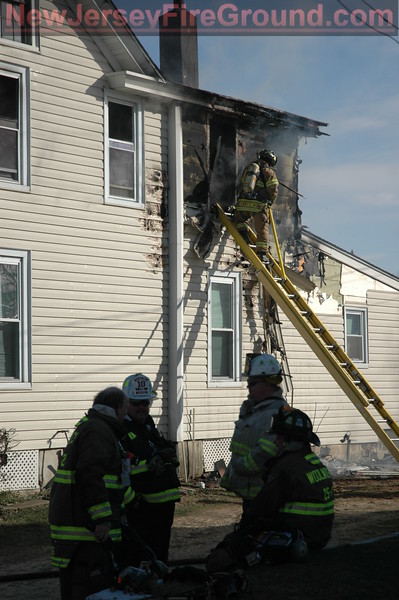