At 1:05 A.M. a call was received for a reported apartment fire at 1501 Little Gloucester Rd. Command arrived and reported a 4 story garden style apartment building with a working fire on the 2nd floor, requesting the all hands. Companies arrived and placed a 1 ¾ hand line in operation as a primary search was conducted. The occupants of the apartment were initially unaccounted for but later located. At the 20 minute mark command reported 3 1 ¾” hand lines in operation with the bulk of the fire knocked down. Crews opened up and checked for extension. The fire was placed under control with no reported injuries. The Camden County Fire Marshals have the fire under investigation. 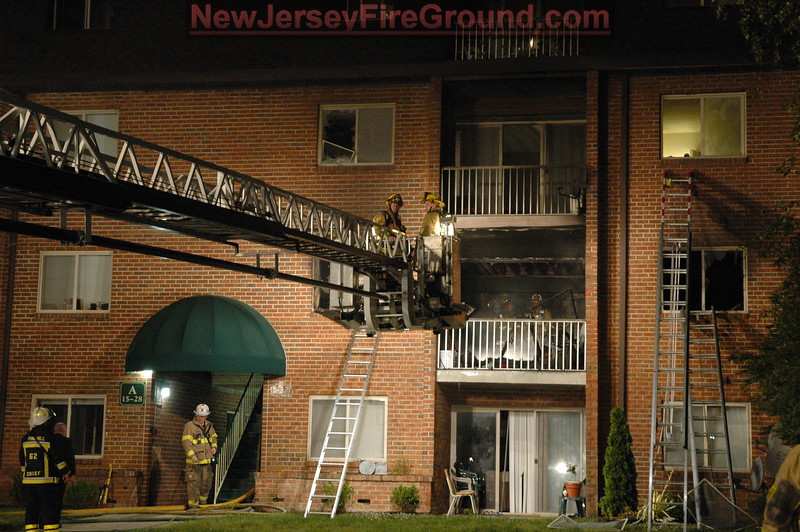