At 10:08 a.m. a dwelling fire with a report of people trapped was reported in Camden City at 689 Fairview Street. Strike Team 10 arrived and reported a 2 story end of the row dwelling with smoke showing from the 2nd floor. Strike Team 10 went into operation with a 1 ¾” hand line. Battalion 1 arrived and struck the all hands placing all companies in service. Ladder 16-1 through ground ladders as the Rescue Company performed searches which were negative. The fire was brought under control without any injuries. The occupant was able to escape prior to Fire Department arrival. The Camden City Fire Marshals have the fire under investigation. An Engine Company from Strike Team 10 was involved in a Motor Vehicle Accident while responding to the fire. One injury was reported. 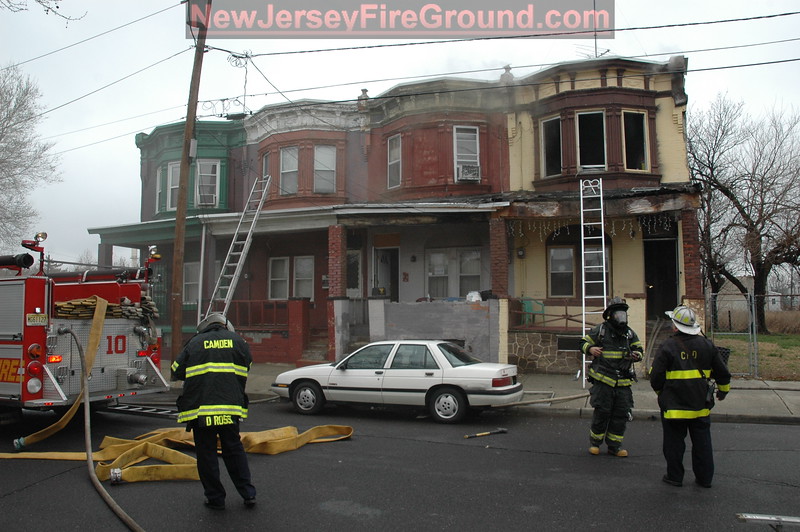