On Thanksgiving Night, a dwelling fire was reported in Merchantville at 6:55 p.m at 10 Chapel Ave. As Merchantville Companies were responding Camden County Communications advised units they were receiving multiple calls of a fire with possible occupants trapped. ALS and BLS were added to the box. Merchantville’s Chief 12901 arrived on location and reported a 2 ½ story, single family wood frame dwelling with heavy fire showing from the A-D corner. Engine 1292 arrived on location and let off with a 1 ¾” hand line to find heavy fire conditions on the first floor with extension to the 2nd. Companies searched the house to find no occupants inside. Command struck the all hands box. Special calls were made above the all hands. Crews placed three hand lines in operation. Ladder 12-9 opened up to find fire conditions in the walls. The fire was placed under control in 1 hour. No injuries were reported on the fire ground. Mutual aid from Pennsauken, Maple Shade and Westmont were added to the box. Cherry Hill Rehab was also called to the scene. The Camden County Fire Marshal’s Office has the fire under investigation at this time. 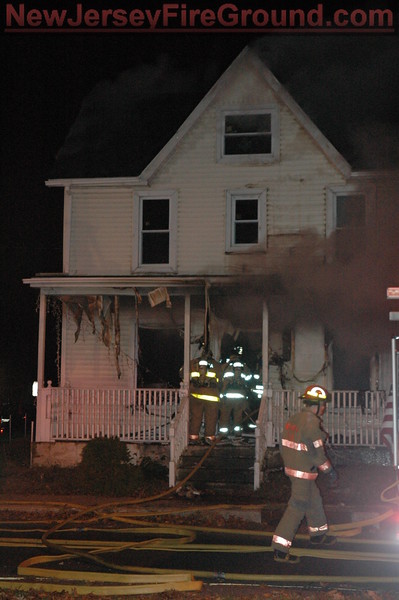