At 10:25 p.m. a box was transmitted in North Camden for a reported dwelling fire at 532 N. 9th Street. While en route Camden County Communications added the 3rd due Engine Company as they were receiving multiple calls for a house on fire. Engine Company 6 arrived and reported a 2 story end of the row with heavy fire showing. Battalion 2 arrived and confirmed a vacant 2 story end of the row dwelling with heavy fire conditions on the 1st and 2nd floors. Battalion 2 also reported the exposure 1st floor was involved striking the all hands box. Companies went into operation with a 1 ¾” hand line as a 2nd was being stretched and a water supply was being secured. The Rescue Company performed searches with negative results. Crews stopped the fire from extending into the exposure and brought the fire under control on both floors of the original fire building. No injuries were reported on the fire ground. The Camden City Fire Marshals Office has the fire under investigation. 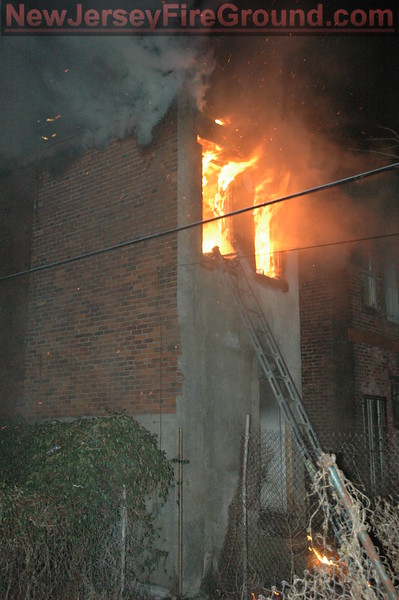