On January 2nd, 2009 a box was transmitted at 1254 Sycamore Street for a dwelling fire. Squad 7 arrived on location and reported a 2 story middle of the row dwelling with heavy fire conditions 1st floor. Battalion 1 arrived and struck the all hands. Squad 7 went in operation with a 1 ¾” hand line to knock the fire down on the first floor. Crews reported heavy smoke condition in the exposures. Companies were sent into the exposures to check for extension. Walls and ceilings were opened up to find fire conditions on both sides on the 2nd floors. The 2nd alarm was sounded. The Ladder Company reported heavy fire conditions on the 2nd floor of the B exposure. Multiple hand lines were placed in operation. A total of 4 houses were damaged in the 2nd alarm blaze. The Camden City Fire Marshals have the fire under investigation. Companies battled an all hands blaze in this dwelling on November 7th, 2008. 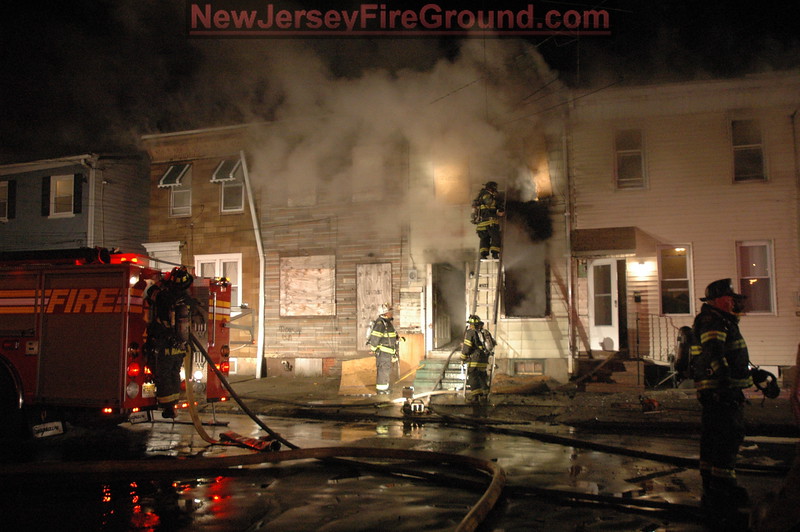