At 9:26 A.M. a phone call was received by 911 reporting smoke in the air in the area of Mayapple Lane in Willingboro. A BLS unit arrived at 60 Maplewick Lane reporting heavy fire from a single family dwelling. Engine Company 1613 arrived and reported heavy fire from Division A of a 1 story single family dwelling placing Task Force 16 in service. The Engine Company went into operation with a 1 ¾” hand line to knock the main body of fire down. Crews battled the blaze for approx ½ hour before the blaze was declared under control. The Burlington County Prosecutor’s Office reported a body was found inside the dwelling. It was to badly burner to be identified until the autopsy. Once the autopsy was performed it was discovered the body had been bound and stabbed multiple times in the head, neck and torso sometime later Friday night or early Saturday morning. Police arrested the 48 year old who lived there and charged him with murder and arson for killing his 70 year old mother. He is being held on a $750,000 bail and would not give a motive for the murder. The Burlington County Prosecutor’s Office and Fire Marshals Office still have the incident under investigation. All information was received from a press release. 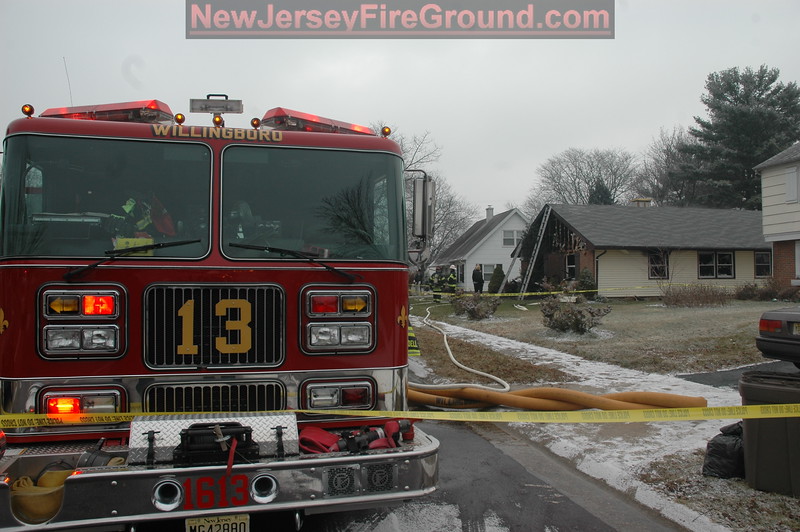