at 12:05 hours an apartment fire was reported at the Chestnut Lane Apartments on Delsea Drive. First arriving units reported a working fire in the apartment building. Command reported a 100 x 200 apartment complex with heavy fire showing. The 2nd Alarm was transmitted. Crews went into operation with multiple hand lines to knock down the blaze and perform searches. The Gloucester County Fire Marshals Office and Deptford Township Police Department have ruled this fire as arson. According to media reports the Deptford Police Department is looking for the occupant who lived in the apartment where the blaze was started. Neighbors reported seeing her running away from the scene when they first saw the smoke. No injuries were reported on the fire ground. The blaze caused heavy damage to the apartment it started in as well as smoke and water damage to the apartment below. 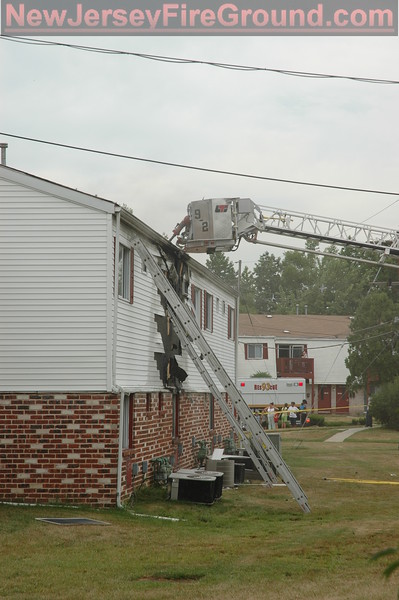