At 5:30 p.m. a M.V.A Rescue Box was dispatched in Oaklyn in the 100 block of Kendall Blvd. Oaklyn’s Chief arrived and reported a vehicle vs. a dump truck with the driver unconscious. An expedite was made for EMS. Fire and EMS crews arrived and removed the pt. from the vehicle as EMS started tending to the pt. The patient was transported by the BLS and Medic Unit to Cooper Trauma in serious condition. She later died from her injuries at the hospital. Police reported the vehicle drove into the back of the dump truck which was parked on the side of the road in a no parking zone. The Oaklyn Police Chief stated he did not believe she was wearing a seat belt and may have been traveling over the 25 m.p.h speed limit. The accident is under investigation by the Oaklyn Police Department and the Camden County Accident Investigation Police Team. 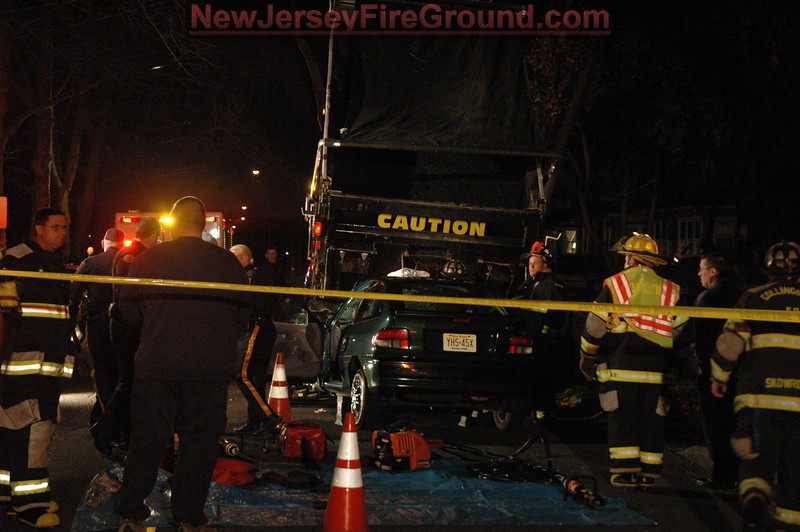